One of my new favourite walks is pretty close to home now. Robin Hoods Stride – Or Mock Beggars Hall is only a few miles from Darley Dale.

Robin Hood’s Stride is a large and striking tor of gritstone rocks high on a ridge between Harthill Moor and the Alport to Elton road. The Tor takes it’s name from legend that Robin Hood strode between the tower-like stones at either end of the tor. Once you get up there though you’ll know this is an impossible feat for a man, because they are 15 metres apart.

The alternative local name for Robin Hood’s Stride is ‘Mock Beggar’s Hall’ The “Peak District information” website says that in low light or mist the shape of the rock formations could easily be mistaken for fortifications.

I had seen Robin Hood’s Stride when driving to work but I was unsure of how to get there. After a bit of scouting around, I generally don’t use maps, I prefer to follow my nose and see where it leads me.  I discovered the route. 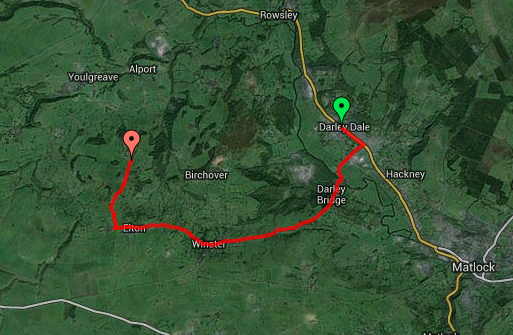 Getting from Darley Dale to Robin Hood’s Stride.

Travel from Darley Dale down toward Darley Bridge, follow the road round and go up to through Wensley. Next you’ll arrive at Winster, drive right through. After Winster you will come to a Junction, with the B5056. Go straight across, this will bring you into the village of Elton. Again, drive straight through. About 80 meters after the church the road drops down and you’ll come to a fork. Take the right hand turning it’s sign posted “Alport:.

This is a pretty narrow track o be aware you might meet something coming the other way.
About 1/4 of a mile up the hill is seat for walkers next to a stream filled trough.

Continue round the bend for about 1/2 mile past the quarry of the right and you will see Robin Hood’s Stride on the right hand side.

I usually pull my car under the edge, and walk across the fields through the stiles to the rocks.

Robin Hood’s Stride is easy to climb up, there is a clearly worn path and anyone with reasonable fitness / mobility can get to the top without too much issue. Look for the mini cave like, shelters formed naturally by the rocks.

I should stress here that Robin Hood’s Stride walk is not particularly strenuous, I think you can make it last an hour or so if you stop for a bit to eat.

Once up on the top of the rock formation you have some great views in all directions, either looking to the Northwest towards Youlgreave or South East towards Winster. You can also see The mast on Stanton Moor and on a clear day see the edges of Derbyshire’s Eastern Moors.

There are some Iron age forts nearby, “Harthill Moor Farm”, is built on the site of Castle Ring, an Iron Age fort.This is just one of the forts built along the ancient track known as the Portway, which passes just alongside Robin Hood’s Stride.

As well as certain ancient barrows you will also I’m sure take some delight in spotting the 9 Stones circle. This circle is about 15 feet across and today only has 4 stones still standing but they are all large impressive stones and the site has a certain atmosphere, that oozes history.

Once you have visited the nine stones to the top of the stride you should head to
Cratcliff Tor which is about 100 meters behind Robin hood’s Stride.

Look carefully because it’s shrouded in woods, but climbers often use this imposing cliff face to practise their handholds. Don’t overlook Cratcliff Tor though because it contains the Hermit’s cave, amongst some old yew trees. Dated to around the 12th century the cave contains a stone crucifix carved out into the wall of the cave. For more details about this cave see the Derbyshire heritage Site. 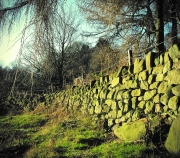 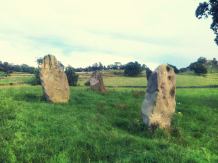 Getting from Darley Dale to Robin Hood’s Stride. 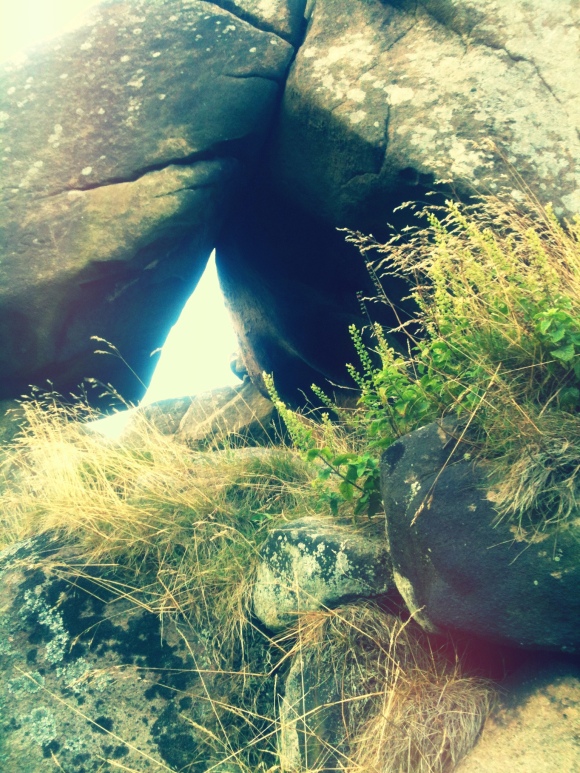